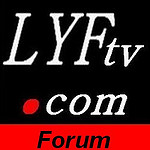 IPCC sends governments Final Draft of Special Report on Global Warming of 1.5ºC
GENEVA, June 4 – The Intergovernmental Panel on Climate Change (IPCC) is inviting governments to comment on the Final Draft of the Summary for Policymakers (SPM) of the Special Report on Global Warming of 1.5ºC (SR15) ahead of the approval plenary for the SPM at the IPCC’s 48th session in early October.
LYFtv news on YouTube (English version) :
width="95%">
The IPCC distributed the Final Draft of the report, whose full name is Global Warming of 1.5°C, an IPCC special report on the impacts of global warming of 1.5°C above pre-industrial levels and related global greenhouse gas emission pathways, in the context of strengthening the global response to the threat of climate change, sustainable development, and efforts to eradicate poverty, to governments on Monday with a request to comment on SPM by 29 July 2018.
The review of the Final Draft is a key stage in the preparation of the report, allowing authors to prepare for the line-by-line approval session of the SPM that will take place in Incheon, Republic of Korea, on 1-5 October, 2018. The report, to be released on 8 October subject to approval by the Panel, will be the key scientific input into the Talanoa Dialogue at the UN Climate Change Conference to be held in Katowice, Poland, in December.
The aim of this final review is to ensure that the Summary for Policymakers is accurate, well-balanced, presents the findings of the underlying report clearly, and is consistent with the scope of the full report as approved by the Panel at the 44th session of the IPCC in October 2016.
"This is the last step of the IPCC review process. Chapter drafts have been finalized, and key findings have been distilled into the Summary for Policymakers,“ said Valérie Masson-Delmotte, Co-Chair of IPCC Working Group I. “Governments will now review the report that we have prepared following their invitation to the IPCC in December 2015, at COP21."
In line with IPCC procedures, the report has already undergone two formal review stages: the expert review of the First Order Draft from 31 July to 24 September 2017, and the government and expert review of the Second Order Draft from 8 January to 25 February 2018.
For more information contact:

Follow IPCC on  Facebook, Twitter @ipcc_ch, LinkedIn and Instagram.
Notes for editors
The Special Report on Global Warming of 1.5ºC , known as SR15, is being prepared in response to an invitation from the 21st Conference of the Parties (COP21) to the United Nations Framework Convention on Climate Change in December 2015, when they reached the Paris Agreement, and will inform the Talanoa Dialogue at the 24th Conference of the Parties (COP24). The Talanoa Dialogue will take stock of the collective efforts of Parties in relation to progress towards the long-term goal of the Paris Agreement, and to inform the preparation of nationally determined contributions. Details of the report, including the approved outline, can be found on the report page.  The report is being prepared under the joint scientific leadership of all three IPCC Working Groups, with support from the Working Group I Technical Support Unit. The Panel will consider the Summary for Policymakers at its 48th Session in Incheon Republic of Korea, on 1-5 October.
What is the IPCC?
The Intergovernmental Panel on Climate Change (IPCC) is the UN body for assessing the science related to climate change. It was established by the United Nations Environment Programme (UN Environment) and the World Meteorological Organization (WMO) in 1988 to provide policymakers with regular scientific assessments concerning climate change, its implications and potential future risks, as well as to put forward adaptation and mitigation strategies. It has 195 member states.

IPCC assessments provide governments, at all levels, with scientific information that they can use to develop climate policies. IPCC assessments are a key input into the international negotiations to tackle climate change. IPCC reports are drafted and reviewed in several stages, thus guaranteeing objectivity and transparency.

The IPCC assesses the thousands of scientific papers published each year to tell policymakers what is known about the risks related to climate change. The IPCC identifies where there is agreement in the scientific community, where there are differences of opinion, and where further research is needed. It does not conduct its own research.

To produce its reports, the IPCC mobilizes hundreds of scientists. These scientists and officials are drawn from diverse backgrounds. Only a dozen permanent staff work in the IPCC’s Secretariat.

The IPCC has three working groups: Working Group I, dealing with the physical science basis of climate change; Working Group II, dealing with impacts, adaptation and vulnerability; and Working Group III, dealing with the mitigation of climate change. It also has a Task Force on National Greenhouse Gas Inventories that develops methodologies for measuring emissions and removals.
IPCC Assessment Reports consist of contributions from each of the three working groups and a Synthesis Report. Special Reports undertake an assessment of cross-disciplinary issues that often span more than one working group and are shorter and more focused than the main assessments.
Sixth Assessment Cycle
At its 41st Session in February 2015, the IPCC decided to produce a Sixth Assessment Report (AR6). At its 43rd Session in April 2016, it decided to produce three Special Reports, a Methodology Report and AR6.
The Methodology Report to refine the 2006 IPCC Guidelines for National Greenhouse Gas Inventories will be delivered in 2019. Besides Global Warming of 1.5ºC, the IPCC will finalize two further special reports in 2019: the Special Report on the Ocean and Cryosphere in a Changing Climate and Climate Change and Land: an IPCC special report on climate change, desertification, land degradation, sustainable land management, food security, and greenhouse gas fluxes in terrestrial ecosystems. The AR6 Synthesis Report will be finalized in the first half of 2022.
For more information go to www.ipcc.c
Partager cet article sur :