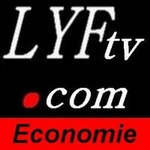 The European Committee of the Regions
The European Committee of the Regions is the EU's assembly of regional and local representatives from all 27 Member States. Created in 1994 following the signing of the Maastricht Treaty, its mission is to involve regional and local authorities in the EU's decision-making process and to inform them about EU policies. The European Parliament, the Council and the European Commission consult the Committee in policy areas affecting regions and cities. To sit on the European Committee of the Regions, all of its 329 members and 329 alternates must either hold an electoral mandate or be politically accountable to an elected assembly in their home regions and cities. Click here for more details on your national delegation.
Your personal data are processed in accordance with the requirements of Regulation (EU) 2018/1725 of the European Parliament and of the Council of 23 October 2018 on the protection of natural persons with regard to the processing of personal data by the Union institutions, bodies, offices and agencies and on the free movement of such data and repealing Regulation (EC) No 45/2001 and Decision No 1247/2002/EC. You may, upon request, obtain the details of your personal data, rectify any inaccurate or incomplete personal data, or ask for your data to be removed from our mailing list.
Should you have any queries concerning the processing of your personal data, please address them to PresseCdr@cor.europa.eu. You can also send an email to the CoR data protection officer data.protection@cor.europa.eu. As regards the processing of your personal data, you have a right to recourse at any time to the European Data Protection Supervisor  https://edps.europa.eu/about-edps/contact_en.
For further information about our privacy policy, please visit the page: https://cor.europa.eu/en/Pages/legal-notice.aspx.
Partager cet article sur :