The CoR welcomes the agreement keeping regional and local communities at the heart of EU agricultural policy
The efforts of the European Committee of the Regions contributed to ensure that regions remain key actors in shaping, implementing and assessing CAP strategic plans. The new CAP should be a crucial instrument for delivering the European Green Deal 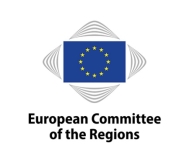 Local communities' needs will weigh more in the future Common Agricultural Policy (CAP) investment decisions and regions will be among leading actors in shaping, implementing and assessing the national CAP strategic plans. This crucial result was achieved thanks to the work of the CoR, its intense cooperation with the European Parliament and – more recently - with the EU Commission.
Apostolos Tzitzikostas, President of the CoR, said: "The voice and commitment of EU's regional and local leaders have made a difference in the final deal on the future CAP. The reform proposed in 2018 by the previous Commission risked undermining the impact of this crucial policy with a heavy centralisation. Thanks to our mobilisation and the decisive cooperation with the European Parliament, we can now reassure our citizens: the new EU's agricultural policy will listen to them and not be a territorially blind, top-down policy. Only a renewed partnership among EU, national and regional institutions can boost the recovery of rural areas and the greening of Europe's agriculture."
The full involvement of regional authorities in the preparation and governance of the CAP plans, the possibility for Member States to designate Regional Managing Authorities for CAP interventions established at regional level and the setting up of regional monitoring committees constitute a clear improvement to the initial proposal of the CAP Strategic plan regulation. The preparation of Strategic plans is mandatory for Member States in order to benefit from the CAP financial resources.
"The proposal put forward by the CoR to include quantified environmental targets to be reached by 2027 in the CAP Strategic Plans regulation was not taken up. We therefore call on the EU Ministers for Agriculture to make the CAP a key instrument for delivering the European Green Deal: the national strategic plans should be approved by the Commission under the condition that they comply with the green deal objectives", underlined Guillaume Cros (FR/Greens), Vice-President of the Regional Council of Occitanie and CoR rapporteur on the CAP reform.
The CoR welcomes the agreement reached on the common organization of the markets (CMO). As requested by the CoR, measures, such as the voluntary reduction of production, will be possible without waiting for another crisis. "A large proportion of farmers are selling their products at a loss and have an income which fails to reflect the value of their work. In the absence of fair farm prices and with no economic recognition, young people will continue to shun farming. In a volatile market, market regulation is more effective and less costly than the retroactive triggering of measures" explains Guillaume Cros.
Background information:
The CAP Strategic Plan regulation will define governance of the future CAP within the framework of the New Delivery Model. The European Committee of the Regions has repeatedly voiced its concerns regarding the lack of a common vision on the role of regional authorities in the governance of the future CAP. In the letters, co-signed by Apostolos Tzitzikostas, President of the CoR, and Ulrika Landergren (SE/RE), Chair of the CoR's Commission for Natural Resources (NAT), the CoR called for European regions to play a key role in CAP management and for delivery to be kept up and even bolstered, particularly for the second pillar, so that policy choices can be tailored at a local level.
CoR members asked for the introduction of a clear role for regional authorities in the management of rural development interventions, supported by the European Parliament in its resolution on the Common Agricultural Policy.
On Monday 21 June, the European Court of Auditors released a special report stating that, during the programming period 2014-20, the CAP missed its objective of making the EU agriculture more climate-friendly as it mostly finances measures with a low potential to mitigate climate change.
The regional and local barometer published by the European Committee of the Regions in October 2020 found that 33% of EU citizens want regions and towns to have more influence on EU agricultural and rural development policy.
Partager cet article sur :