Air Canada has confirmed an order with Airbus for six A321XLR aircraft, previously listed as undisclosed in the Airbus order book. With this commitment Air Canada’s A321XLR fleet will comprise 26 aircraft including 20 additional A321XLRs the carrier is acquiring through lessors. 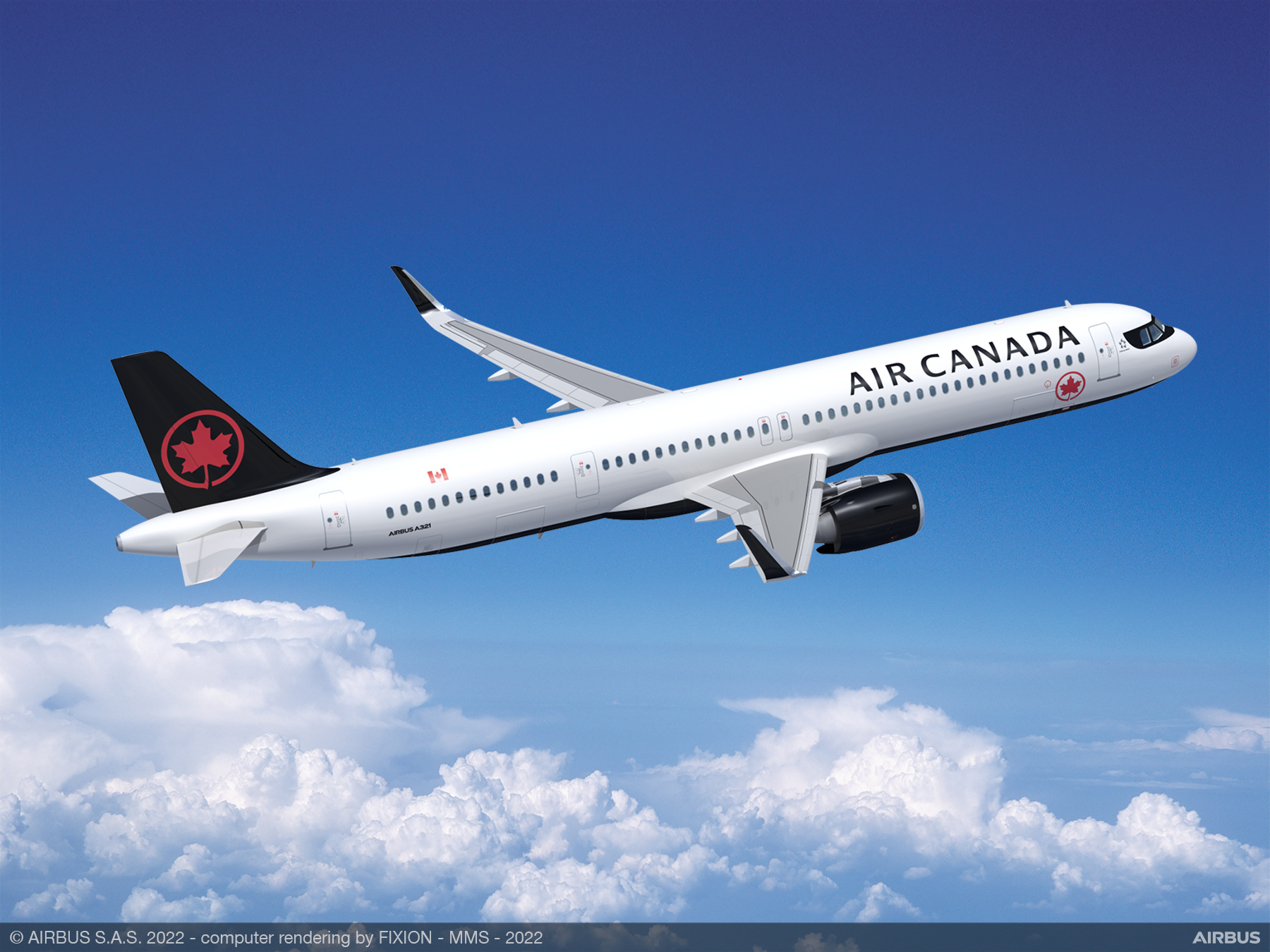 “Air Canada is committed to further strengthen its market-leading position, especially through investments in new technology. The acquisition of the state-of-the-art Airbus A321XLR is an important element of this strategy and will drive our core priorities of elevating the customer experience, advancing our environmental goals, network expansion and increasing our overall cost efficiency. This order also shows that Air Canada is emerging strongly from the pandemic and is ideally positioned to grow, compete and thrive in a reshaped global aviation industry” said Michael Rousseau, President and Chief Executive Officer of Air Canada.
“The exceptional versatility and performance of the A321XLR will enable Air Canada to further develop its network expansion in a sustainable way with increased efficiencies and reduced CO2 emissions,” said Christian Scherer, Airbus Chief Commercial Officer and Head of Airbus International. “We thank Air Canada for its confidence in us and are delighted by the step-up in our longstanding relationship.”

The A321XLR is a perfect fit for Air Canada's fleet, given its history of operating the entire A320-Family as well as Airbus' long-range A330-300 widebody and more recently, Airbus’ latest-generation single-aisle aircraft, the A220.The new Airbus A321XLR aircraft is an ideal replacement for older and less fuel-efficient aircraft. The latest generation Single Aisle jet will allow Air Canada to add new destinations in the most sustainable way.
The A321XLR is the next evolutionary step in the A320neo Family of aircraft, meeting market requirements for increased range and payload in a single-aisle aircraft, and creating more value for airlines by enabling economically viable service on longer routes than any comparable aircraft model. It will allow services from Eastern Canada to a much larger selection of European destinations.
The A321XLR will deliver an unprecedented single-aisle aircraft range of up to 4,700nm, with 30% lower fuel consumption per seat compared to previous-generation aircraft as well as reduced NOx emissions and noise. The aircraft will feature the Airbus Airspace cabin, offering a next level of long-haul comfort to passengers.
By the end of February 2022, the A320neo Family had accumulated nearly 7,900 orders from over 120 customers worldwide. A321XLR orders stood at 515 from 25 customers.
Sujets similaires
Sujets similaires
Partager cet article sur :