Cycling and cinema collide on the côte d'azur

Cycling and cinema collide on the côte d'azur

'the climb' goes from the col de vence to the croisette
Only 33km separates Nice from Cannes, and almost the same distance separates the famous Croisette from the Col de Vence in the arrière-pays. Last summer the lines of this triangle joined bringing the bike and film industries together when THE CLIMB production team discovered Café du Cycliste. 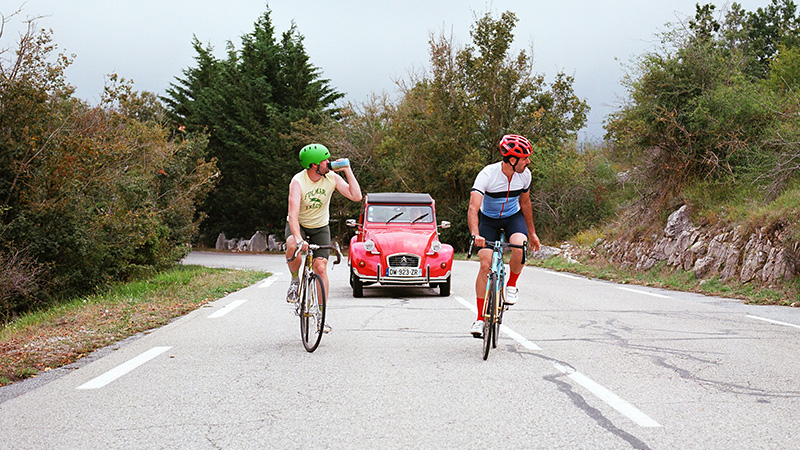 A year ago actor, writer, director and producer Michael Covino made the coastal trip from Cannes Festival to Café du Cycliste, in Nice. A group ride up Col d’Eze, a few espressos and three months later, Mike was directing and starring in the first scene of THE CLIMB on the Col de Vence, duly kitted out in a custom Café du Cycliste jersey with a peloton clad in Monique Audax jerseys chasing him to the summit.
Today, it’s the movie that is at its summit having been included in the Official Selection of the 72nd Festival du Film International de Cannes, in the category ‘Un Certain Regard’. The feature-length version was born out of the original short by Covino and his writing and acting partner, Kyle Marvin, which gained critical acclaim at last year’s Sundance Film Festival. That short was adapted as the opening of the movie, re-worked on the Col de Vence last
September.
Cycling continues as a theme that connects the characters and their life struggles throughout the film, which Covino describes as ‘a sort of love story about friendship over twelve plus years’.
For Mike, the collaboration with Café du Cycliste was due to an undeniable match of aesthetics. “I had a very specific colour scheme in mind, both for the characters and also the entire visual of the film. That’s why when we first spoke with the guys at the Café I wanted to find a way to collaborate because the aesthetic of the film and colours and designs the brand uses was a perfect match. It’s simple but also really bold colour choices that stand
out and pop.” 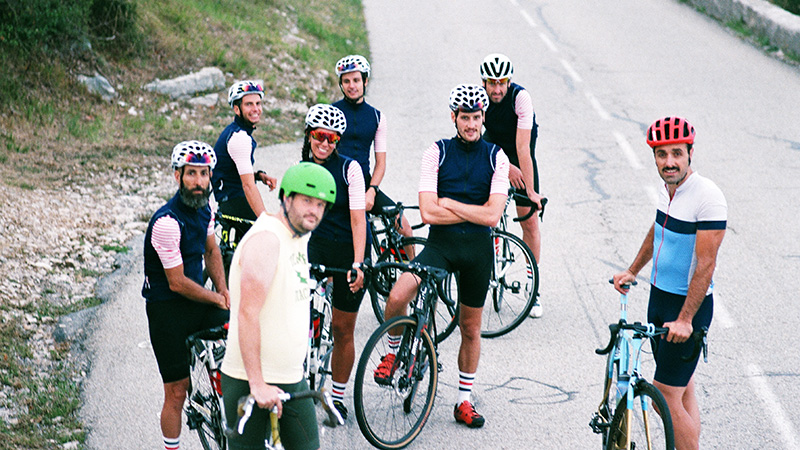 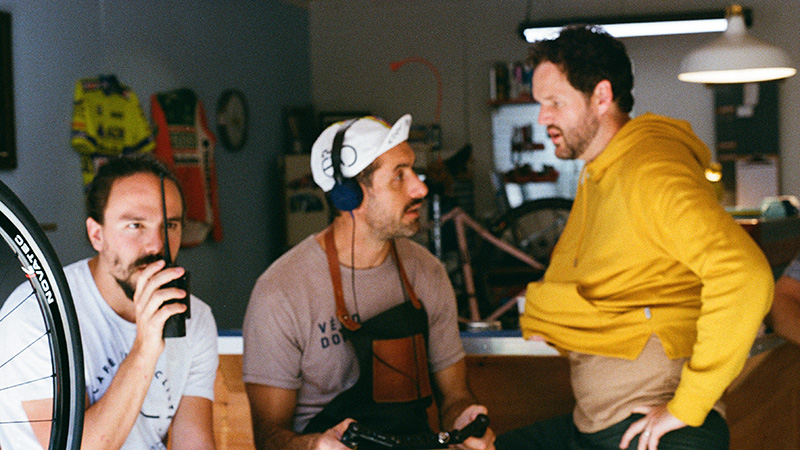 The film premieres at Cannes today, Friday 17th May. The movie has already been garnering extremely positive reviews in Cannes, from the major international trade publications such as Variety, The Hollywood Reporter or Screen International. General release will be announced as soon as all Cannes negotiations are completed.
For more information about THE CLIMB please contact WOLF Consultants at hello@wolf-con.com

For any press imagery or if you have any questions about Café du Cycliste
please feel free to get in touch: