Pro-PRC “HaiEnergy” Information Operations Campaign Leverages Infrastructure from Public Relations Firm to Disseminate Content on Inauthentic News Sites. Mandiant has identified an ongoing information operations (IO) campaign leveraging a network of at least 72 suspected inauthentic news sites and a number of suspected inauthentic social media assets to disseminate content strategically aligned with the political interests of the People’s Republic of China (PRC). The sites present themselves primarily as independent news outlets from different regions across the world and publish content in 11 languages.

Based on technical indicators we detail in this blog, we believe these sites are linked to Shanghai Haixun Technology Co., Ltd (上海海讯社科技有限公司), a Chinese public relations (PR) firm (referred to hereafter as “Haixun”).
Narratives promoted by the campaign criticize the U.S. and its allies, attempt to reshape the international image of Xinjiang due to mounting international scrutiny, and express support for the reform of Hong Kong’s electoral system—a change which gave the PRC more power over vetting local candidates. In addition to these broader themes, the campaign leveraged fabricated content designed to discredit opponents who have been critical of the Chinese Government, including Chinese businessman Guo Wengui (Miles Kwok) and German anthropologist Adrian Zenz—known for his research on Xinjiang—and China’s reported genocide against the Uyghur population.
Given the distinctive tactics, techniques, and procedures (TTPs) employed by this campaign, we are classifying this activity set as its own campaign, which we have dubbed “HaiEnergy”—stemming from the campaign’s use of infrastructure attributed to Haixun and services advertised by the PR firm as “positive energy packages.” Notably, the term “positive energy” (正能量) is an important term in the Xi Jinping era that refers to messages positively portraying the Chinese Communist Party (CCP), the Chinese Government, and its policies.
Despite the capabilities and global reach of this campaign, there is at least some evidence to suggest that HaiEnergy failed to generate substantial engagement outside of the inauthentic amplification that we have identified—a limitation we also noted in our recent public reporting on DRAGONBRIDGE. We find the campaign’s use of infrastructure linked to Haixun to be more interesting, as it is suggestive of recent trends surrounding the outsourcing of IO to third parties, which can make IO more accessible and help obfuscate the identities of an actor.
Infrastructure Linked to Shanghai Haixun Technology Co., Ltd (上海海讯社科技有限公司)
Based on information from public descriptions of the company’s services, Haixun offers content creation and marketing services in at least 40 different languages in over 100 countries. Among their most notable offerings are the “Europe and U.S. Positive Energy” package, which includes content creation ostensibly geared towards English-speaking audiences, and the “Positive Energy Project Edition,” which focuses on the production of tailor-made videos, promotion of custom content through “high-quality media resources,” and campaign impact monitoring.
Table : Inauthentic websites linked to Haixun 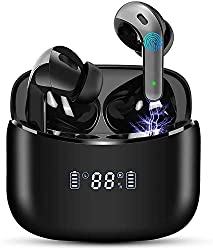