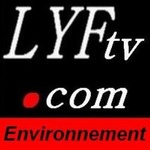 IPCC Working Group III releases new schedule, postpones fourth Lead Author Meeting
GENEVA, Aug 12 – Working Group III of the Intergovernmental Panel on Climate Change (IPCC), which assesses the mitigation of climate change, has updated the schedule for its contribution to the Sixth Assessment Report (AR6) and postponed its final Lead Author Meeting for AR6, as the COVID-19 pandemic continues to delay scientific work.
The postponement, and other changes to the Working Group III schedule, now means that the report will not be approved before the Glasgow Climate Change Conference, known as COP26, which has itself been postponed to November 2021.
Working Group III’s Fourth Lead Author Meeting is now scheduled to take place for five days between 12 and 30 April 2021. It was previously scheduled for 11-15 January 2021.
Among other changes to the Working Group III schedule, the cut-off date for submission of scientific literature for publication, to be included in the assessment moves from 19 September 2020 to 14 December 2020, and the government and expert review of the report’s Second Order Draft and first draft of its Summary for Policymakers will move from 19 October to 13 December 2020 to 18 January to 14 March 2021.
“These are the earliest dates possible to produce a credible draft in terms of scientific rigour and inclusivity while avoiding an undue overlap with the review of the Working Group II report,” said Jim Skea, Co-Chair of Working Group III.
An internal consultation by Working Group III found that authors and experts are facing substantial challenges to their working conditions because of the pandemic.
“We are very grateful to our authors who are continuing to work on the report despite these challenging conditions,” said Working Group III Co-Chair Priyadarshi Shukla. “This work is further complicated by the impact of the pandemic on the broader scientific community, which is delaying the production of scientific literature for assessment in our report.”
Working Group III’s third Lead Author Meeting was originally planned to be held in Quito, Ecuador, in April, but due to the COVID-19 pandemic the meeting was moved online. A report from the Working Group III Technical Support Unit in July provides insights into the benefits and trade-offs of hosting large virtual meetings. It can be accessed here.
Among other changes to the work programme for the Sixth Assessment Report, Working Group I, which assesses the physical science basis of climate change, has also extended its literature cut-off date and postponed its Fourth Lead Author Meeting, and Working Group II, which deals with impacts and adaptation, has extended some of this year’s deadlines.
For more information contact:
About the IPCC
The Intergovernmental Panel on Climate Change (IPCC) is the UN body for assessing the science related to climate change. It was established by the United Nations Environment Programme (UNEP) and the World Meteorological Organization (WMO) in 1988 to provide political leaders with periodic scientific assessments concerning climate change, its implications and risks, as well as to put forward adaptation and mitigation strategies. In the same year the UN General Assembly endorsed the action by the WMO and UNEP in jointly establishing the IPCC. It has 195 member states.
Thousands of people from all over the world contribute to the work of the IPCC. For the assessment reports, IPCC scientists volunteer their time to assess the thousands of scientific papers published each year to provide a comprehensive summary of what is known about the drivers of climate change, its impacts and future risks, and how adaptation and mitigation can reduce those risks.
The IPCC has three working groups: Working Group I, dealing with the physical science basis of climate change; Working Group I, dealing with impacts, adaptation and vulnerability; and Working Group III, dealing with the mitigation of climate change. It also has a Task Force on National Greenhouse Gas Inventories that develops methodologies for measuring emissions and removals.
IPCC assessments provide governments, at all levels, with scientific information that they can use to develop climate policies. IPCC assessments are a key input into the international negotiations to tackle climate change. IPCC reports are drafted and reviewed in several stages, thus guaranteeing objectivity and transparency.
About the Sixth Assessment Cycle
Comprehensive scientific assessment reports are published every 6 to 7 years; the latest, the Fifth Assessment Report, was completed in 2014 and provided the main scientific input to the Paris Agreement.
At its 41st Session in February 2015, the IPCC decided to produce a Sixth Assessment Report (AR6). At its 42nd Session in October 2015 it elected a new Bureau that would oversee the work on this report and Special Reports to be produced in the assessment cycle. At its 43rd Session in April 2016, it decided to produce three Special Reports, a Methodology Report and AR6.
The IPCC also publishes special reports on more specific issues between assessment reports.
Global Warming of 1.5°C, an IPCC special report on the impacts of global warming of 1.5 degrees Celsius above pre-industrial levels and related global greenhouse gas emission pathways, in the context of strengthening the global response to the threat of climate change, sustainable development, and efforts to eradicate poverty was launched in October 2018.
Climate Change and Land, an IPCC special report on climate change, desertification, land degradation, sustainable land management, food security, and greenhouse gas fluxes in terrestrial ecosystems was launched in August 2019, and the Special Report on the Ocean and Cryosphere in a Changing Climate was released in September 2019.
In May 2019 the IPCC released the 2019 Refinement to the 2006 IPCC Guidelines on National Greenhouse Gas Inventories, an update to the methodology used by governments to estimate their greenhouse gas emissions and removals.
*********
The contributions of the three IPCC Working Groups to the Sixth Assessment Report are currently under preparation. The concluding Synthesis Report is due in 2022.
For more information visit www.ipcc.ch.
To view this document on our website or download it as a PDF visit our News page.
IPCC Working Group III Technical Support Unit
Sigourney Luz (Communications Manager), e-mail: s.luz@ipcc-wg3.ac.uk
IPCC Press Office
Jonathan Lynn, +41 22 730 8066, e-mail: ipcc-media@wmo.int
Partager cet article sur :