Villages, cities and regions in implementing the European Climate Law

Villages, cities and regions in implementing the European Climate Law

EPP Local and regional leaders to discuss the role of villages, cities and regions in implementing the European Climate Law
Local and regional elected representatives will meet in Seville on Wednesday, 23rd of June, to discuss the climate friendly transformation of villages, cities and regions during an EPP Local Dialogue organised by the President of Andalusia Juan Manuel Moreno Bonilla and the EPP-CoR Group. 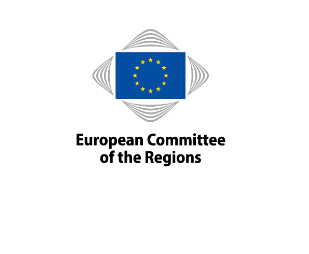 Ahead of the EPP Local Dialogue, President Moreno said “Andalusia's countryside, coasts and forests are major carbon sinks in the context of the European climate strategy and the region is at the forefront of sustainable water management to tackle climate change. We are committed to drive this green transformation starting from villages, cities and regions, however we must work hard to ensure that the climate neutrality objectives are compatible with their economic development." The Region of Andalusia, under the leadership of President Moreno, is spearheading the green revolution fostering economic development and at the same time protecting environment by integrating a green perspective into the regional budget to reorient private and public investment and consumption towards eco-friendly priorities.
President Moreno served as the European Committee of the Regions' rapporteur on the European Climate Law. His opinion, adopted in July 2020, calls for engagement of local and regional governments in the drafting of the national energy and climate plans (NECPs) and long-term national policies through a genuine participatory multilevel dialogue based on regional and local experiences. Moreno's opinion also stresses that tailor-made direct allocation of funds for locally and regionally adapted measures in line with the targets specific to that level would not only have a strong impact on the economy, but also have a mobilising effect on the community's involvement in participation structures. In addition, Moreno emphasised the need to engage citizens in order to achieve significant progress towards climate neutrality. In this regard he suggests integrating the European Climate Pact into the European Climate Law.
The EPP Local Dialogue responds to his call for more grassroots' engagement in the transformation of cities and regions. Speakers will include Olgierd Geblewicz, President of the EPP-CoR Group and President of the Westpomerania Region (Poland), Apostolos Tzitzikostas, President of the European Committee of the Regions and Governor of Central Macedonia (Greece), José María García Urbano, Mayor of Estepona and member of the European Committee of the Regions, Antonio López-Istúriz White, Secretary General of the European People’s Party and MEP, Miguel Arias Cañete, former European Commissioner for Energy and Climate Action as well as Esteban González Pons, MEP and Vice President of the EPP Group in the European Parliament. The full agenda can be found here.
The European Climate Law will transform political promises into a binding legal obligation. The European Parliament and Council reached a provisional agreement on the Climate Law Regulation in April 2021. The file is now being prepared for formal adoption. The Parliament is expected to vote on adopting the text at its plenary session [url=x-apple-data-detectors://2]on 24 June 2021[/url]. The key commitments include legal objective for the Union to reach climate neutrality by 2050 and an ambitious 2030 climate target of at least 55% reduction in net emissions of greenhouse gases compared to 1990.
Partager cet article sur :